The Comaneci device from Rapid Medical offers a promising and reliable way of safely supporting aneurysm coiling occlusion, even in a rupture environment. That is what research published in the Journal of NeuroInterventional Surgery and carried out at St Ivan University Hospital in Sofia, Bulgaria has found.

The treatment of wide neck, ruptured and unruptured intracranial aneurysms continues to change, due to the evolution and development of new techniques and medical devices. For some of these aneurysms, the use of a standard endovascular approach is not appropriate and new technical improvements, such as three-dimensional coils, balloon-assisted remodelling, polymer embolisation, stents and flow-diversion devices have allowed endovascular surgeons to treat previously-prohibitive lesions.

The Comaneci device is a temporary bridging device and a new treatment for intracranial aneurysms with unusual and favourable anatomical features. The device is a temporary stent which covers the aneurysmal neck in order to prevent protrusion of coils into the parent vessel during embolisation of the aneurysm. It has a radiopaque mesh composed of 12 nitinol wires mounted on a core wire and three versions of the device are available.

The study was a retrospective case series of 29 patients with ruptured aneurysms and the presence of subarachnoid haemorrhage treated between May 2017 and July 2017 at St Ivan University Hospital. All the treated lesions were de novo ruptured aneurysms and the indications for treatment with the device were categorized as ruptured saccular aneurysm with dome/neck ratio of less than two or wide-necked intracranial aneurysms.

After treatment the post-procedure angiogram of the aneurysms showed that 25 of them had compete angiographic occlusion. Follow up exams were given three and 12 months after the initial treatment.

During the procedure a possible device-related issue occurred in a patient who presented with a Fisher III grade subarachnoid haemorrhage and a ruptured left supracerebrallar artery aneurysm. While withdrawing the device into the microcatheter, there were some noticeable changes in the coil structure inside the aneurysmal. No pathological findings were observed on the post-procedural angiogram and the patient developed a cerebellar ataxia 24 hours after the procedure. Analysis this incident lead to the conclusion that a stable basket of coils was not achieved, and that this led to coil protrusion, compromising the origin of the left superior cerebellar artery. The clinical symptoms of cerebellar ataxia in patient resolved in a week and the patient was discharged from the hospital without any neurological deficit

At three months post procedure, an angiographic follow-up was performed in all cases.  Almost all (28 out of 29) showed complete aneurysmal occlusion, with one patient having neck remnant. The twelve month follow-up angiography is yet to be done in all patients and aneurysmal rebleeding was not observed as a complication in this case series. 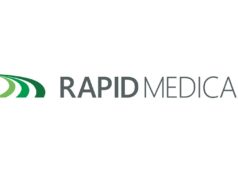