LuSeed Vascular has announced that Robert Stern, an experienced medical device executive and investor, has been nominated as the vice chairman of the company’s board of directors.

Stern currently serves as an advisor to several medical device companies and has been a board member of multiple neurovascular-focused companies, including Flexible Stenting Solutions, Reverse Medical, and Neuravi—all of which have been sold to strategic investors. He is also the current vice chairman of MIVI Neuroscience and serves on various philanthropic boards.

LuSeed co-founders Nitzan Hirsh and Amir Arthur said: “We are honoured and thrilled to have Robert Stern as part of our board as we are moving ahead towards strategic steps. We are confident that Mr Stern’s extensive background in the world of medical entrepreneurship and M&A [mergers and acquisitions], and especially in the intervascular field, will be an asset in leading the company to its business and clinical goals, providing a life-saving solution for the treatment of cerebral aneurysm, and improving the patients’ rehabilitation process.”

In a press release, LuSeed claims its device is a “revolutionary” implant that is suitable for the vast majority of aneurysms. It is also simple and easy to use, as the interventionist can access the aneurysm from different angles without compromising device stability, making it highly suitable for sidewall and eccentric cases. LuSeed’s device is the first of its category that does not have a marker protruding into the parent artery, drastically reducing the potential need for long-term dual antiplatelet therapies, the release adds. The device also has a specifically high mesh density that is intended to promote a safe and efficient occlusion of ruptured cases.

“I am proud to join LuSeed Vascular’s board and take part in its journey in developing the first intrasaccular flow diverter that can treat sidewall as well as bifurcating aneurysms, while also being potentially suitable for ruptured and non-ruptured cases,” said Stern. “I believe that, as a team, we have a unique opportunity to provide a superior solution for the treatment of brain aneurysms, one that can be beneficial to the patients as well as to all the stakeholders.” 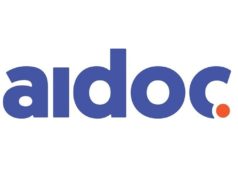