Matthias Volz (University of Kassel, Kassel, Germany), Simon Ladwig and Katja Werheid (both Humboldt-Universität zu Berlin, Berlin, Germany) discuss the burden of post-stroke depression (PSD), and how this complication impacts the re-integration of stroke survivors back into their social and working life.

Depression is a frequent complication of stroke, affecting about one third of stroke survivors within the first year. PSD is known to impair stroke patients’ recovery process, which leads to longer hospitalisation and poorer social re-integration. Moreover, stroke survivors with PSD are less likely to participate in rehabilitation measures and are also less likely to return to work after stroke. Recent systematic reviews summarising almost 50 years of research have identified five major risk factors for PSD: prior episodes of depression, impaired functioning in activities of daily living, higher stroke severity, cognitive impairment, and self-perceived social support.

The average working age is extending all the time due to higher life expectancy, and the prevalence of ‘lighter’ stroke is increasing due to substantial improvements in acute stroke management. As a consequence, the focus of stroke rehabilitation programmes increasingly shifts from the recovery of basic functionality after mere survival and the subsequent training of daily activities towards re-integration of stroke survivors back into their social and working life. Furthermore, stroke increasingly affects younger people, leading to an even higher number of stroke survivors amidst their careers—often with high demanding social and financial responsibilities for themselves and their loved ones.

Return to work (RTW) after stroke is a central benchmark for most stroke survivors in their working age. RTW is most likely to be achieved within the first year after stroke, and, more specifically, in the second half of this first year. During this phase, most patients have returned home after receiving continuous and intensive care in the safety of rehabilitation facilities. This re-integration, back into one’s familiar environment, and into the same or an altered working environment, is a fragile segment of stroke survivors’ recovery process. Without sound anticipation and mitigation of potential barriers during these rehabilitation programmes, stroke survivors may face severe challenges just when they do not have direct access to the interdisciplinary resources of the care chain.

Despite the significance of RTW and its growing relevance due to extended working age, RTW is often not routinely assessed in younger stroke survivors. In fact, younger stroke survivors still pose an underrepresented group in stroke trials, which means that existing stroke rehabilitation guidelines often do not consider their specific needs. Consequently, little is known about the association of RTW and PSD—RTW may be hampered by PSD and by the major five risk factors. Once achieved, RTW may, however, also reduce depressive symptoms.

In our study, we approached this hen-and-egg question with scientific tools. A sample of about 170 ‘light’ stroke survivors in their working age (<65 years) and with employment before stroke was recruited from two stroke rehabilitation clinics. The sample was assessed for the five established risk factors shortly after stroke: pre-stroke depression, activities of daily living, stroke severity, cognitive impairment, and social support. Employment status (RTW) and depressive symptoms were assessed by telephone interviews six and twelve months post-stroke. Multivariate regression analyses were used to assess the effect of RTW on depressive symptoms, while statistically controlling for the five other PSD risk factors.

Our results, which should be replicated and extended in larger samples, underline the importance of re-integration into work life early after stroke with high priority. Professionally supported retraining programmes and, if necessary, opportunities on the secondary job market should be fostered. These measures may not only bear direct economic benefits, but also improve mental health of persons with stroke and reduce the burden of their relatives. Healthcare means much more than saving lives and brain tissue—we should support working age patients in giving their everyday life a meaning.

Matthias Volz is a researcher in the Department of Psychology at the University of Kassel in Kassel, Germany.

Simon Ladwig is a researcher in the Department of Psychology at Humboldt-Universität zu Berlin in Berlin, Germany.

Katja Werheid is professor for clinical neuropsychology and researcher in the Department of Psychology at Humboldt-Universität zu Berlin in Berlin, Germany. 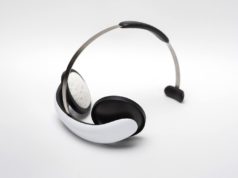