Sanofi Genzyme has announced the presentation six-year investigational data from the extension study of Lemtrada (alemtuzumab) in patients with relapsing remitting multiple sclerosis (RRMS). These results were presented at the 32nd Congress of the European Committee for Treatment and Research in Multiple Sclerosis (ECTRIMS) in London, UK.

“The Lemtrada data being presented at ECTRIMS from the ongoing extension study illustrate that more than half of patients experienced sustained effects of treatment on disease activity, despite receiving their last treatment course five years previously,” said Alasdair Coles, Department of Clinical Neurosciences, University of Cambridge, UK. “It is very promising to see these consistent effects over time across relapse, disability and MRI measures.”

After the initial two courses of treatment in the CARE-MS trials, which were given at month zero and at month 12, 64% of alemtuzumab patients from CARE-MS I and 55% from CARE-MS II did not receive additional alemtuzumab treatment during the following five years, through month 72.

Through year six, the yearly incidence of most adverse events during the extension study was comparable or reduced compared with the pivotal studies. The frequency of thyroid adverse events was highest in year three and declined thereafter.

The phase III trials of alemtuzumab were randomised, rater-blinded, two-year pivotal studies comparing treatment with alemtuzumab to high-dose subcutaneous interferon beta-1a in patients with RRMS who had active disease and were either new to treatment (CARE-MS I) or who had an inadequate response to another therapy (CARE-MS II). Active disease was defined as at least two relapses in the previous two years and at least one in the previous year. The protocol called for alemtuzumab to be administered as two annual treatment courses, with the first treatment course administered via intravenous infusion on five consecutive days, and the second course administered on three consecutive days, 12 months later. 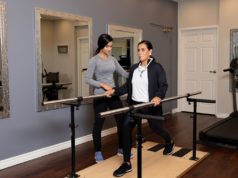