The thin, flexible sheath that protects and insulates our optic nerve is also a window into whether we have had a head injury. Now researchers are developing a portable, painless 3D ultrasound device that can peer into that window in the field, providing instantaneous evidence of dangerous swelling that can do permanent brain damage.

“The pressure around the eye is directly proportional to the pressure around the brain. If somebody gets a hit to the head on a football field, I can scan them right there,” says Matthew L Lyon, vice chairman of academic and research programs in the Department of Emergency Medicine and Hospitalist Services at the Medical College of Georgia at Augusta University, USA. “I can compare what their baseline looks like to what the sheath looks like now and see whether they had a head injury and need further evaluation or if it is Ok to go back in the game.”

“The immediate response of the usually uniform, cylindrical sheath and the fact that you can see it by looking into the eye make it an easily accessible diagnostic and even prognostic tool, and the 3D perspective can help detect even subtle changes that signal increased pressure inside the closed confines of the skull,” says Robert W Gibson, medical anthropologist and director of research for the MCG Department of Emergency Medicine.

“It is a place in the system that is very responsive to increases in pressures and it is a place we can readily see,” adds Gibson. “The more the sheath is bulged or rippled, the more you have a sense of the nature of the damage.”

Augusta University has patented the concept of using portable 3D ultrasound to rapidly gauge whether there has been a brain injury. Now the researchers are working with URSUS Medical LLC, a Pennsylvania-based biotech company with expertise in ultrasound, to build one. A one-year US$350,000 Small Business Innovation Research grant from the National Institutes of Health is funding the project to build a device that can readily add another dimension to existing 2D transducers. They hope to have a prototype in hand within a few months then begin tests to ensure it reliably produces an accurate, useful image, first on realistic, pliable optic nerve sheath models and later on cadavers. Longer-term goals include testing the device on living humans, comparing images to those obtained with bulkier and more-costly MRI and CT technology, as well as building a 3D transducer from scratch. Later they want to explore numerous other potential uses from screening breast masses to skin lesions.

Our clear cerebral spinal fluid circulates in a closed system that includes the brain and spinal cord, bathing and cushioning these delicate parts. But when swelling occurs in response to a head injury, the resulting high pressure can become destructive.

Both bone and distance are a deterrent to ultrasound waves, so while they cannot look directly at the brain, the MCG researchers want a quick way to look at the next best thing: the optic nerve, an extension of the brain.

Like the images 3D ultrasound provides of developing babies, a 3D take on the optic nerve sheath could provide real time potentially diagnostic images. “You can do it at the bedside, you just cannot currently do it fieldside,” Lyon says of the optic nerve visuals. Rather, current transducers and processing equipment used to provide this sort of detail is expensive, not readily portable and not designed to be aimed at the eye, Gibson explains.

But the inertial measurement unit, or IMU, technology, used in drones, guided missiles and iPhones, can add a third dimension to portable 2D technology by adding an accelerometer to gauge motion and a gyrometer to gauge position, the researchers say. Much like an image can right itself as you move your cell phone from a horizontal to vertical position and vice versa, IMU technology can put images taken from all sorts of angles together to form a true 3D angle.

Like the fine details of a baby face, they have good evidence the enhanced imagery can even detect mild to moderate injuries. “You can see the bubbles and where they are and map them and see subtle changes,” Lyon says. “It takes two seconds.”

The body has natural mechanisms to try and maintain a constant, healthy pressure on the brain in the closed and rigid confines of the skull, Gibson says. But head trauma and resulting swelling to the brain from a car accident or a collision on a sports field can send pressures rapidly upward. The rapid increase can equally quickly overreach the body’s ability to compensate. Essentially immediately, one result is the increased fluid volume in the flexible sheath around the optic nerve, part of the closed system for circulating cerebral spinal fluid.

Even long after the fact, lumps and other distortions of the previously smooth, thin and cylindrical sheath are a footprint of previous high pressures and damage, Lyon says.

“It is well known that if somebody comes into the emergency room unconscious and we want to know if they have elevated intracranial pressure, we can measure the width of that sheath and if it is above five millimetres, that is abnormal,” Lyon says. MCG researchers also have documented oddly shaped sheaths in trauma patients with known head injuries. Like bad stretch pants, the sheaths also seem more prone to stretch once they have been stretched: The MCG researchers documented last summer increased sheath dilation in response to the Valsalva manoeuvre—holding your nose, closing your mouth and trying to exhale—that is used to equalise pressure in the ears. How AI, automation, robotics and other innovations in ultrasound are improving stroke care 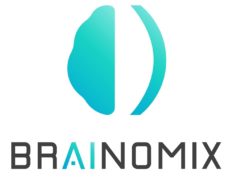