The first OSPREY patient was implanted by Mitchell Miller at BayCare’s Morton Plant Hospital in Clearwater, USA, according to a LivaNova press release.

“With this first patient and the launch of this randomised clinical trial, we are taking a major step toward finding new, effective treatments for the global population of obstructive sleep apnoea patients and adding to the clinical literature surrounding these therapies,” said OSPREY principal investigator Atul Malhotra (University of California San Diego, San Diego, USA).

“The clinical study will determine if the apnoea-hypopnoea index responder rate of subjects stimulated via the device is statistically significantly higher than the rate of subjects without stimulation. Throughout the study, independent statisticians will conduct interim data analyses to determine predictive probability of success for OSPREY. With this being a randomised study rather than simply observational, we will get a clear sense that targeted hypoglossal neurostimulation therapy is the mechanism of improvement for the patients.”

The OSPREY study will take place at approximately 20 sites across the USA. It will ultimately enrol a maximum of 150 adult patients with moderate-to-severe obstructive sleep apnoea who do not achieve results from a traditional continuous positive airway pressure (CPAP) machine, or have declined its use.

“Approximately one billion people worldwide live with obstructive sleep apnoea, but most are undiagnosed and untreated, which can seriously impact their health, increasing the rates of death, stroke, hypertension, motor vehicle accidents, heart failure, diabetes, depression and daytime sleepiness,” said Damien McDonald, LivaNova CEO. “There is a great need to offer patients diagnosed with obstructive sleep apnoea new and less restrictive treatment options. The OSPREY study will be the first RCT to confirm efficacy of hypoglossal nerve stimulation and now, with the first OSPREY patient implanted, we are another step closer to successfully bringing the innovative aura6000 system to market.” 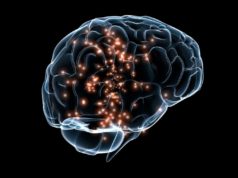