BrainsWay has announced new data from an article published in the lastest issue of the American Journal of Psychiatry demonstrating that its deep TMS (dTMS) system showed a significant clinical benefit compared with placebo to treat Obsessive Compulsive Disorder (OCD) in a ~100-patient clinical trial. OCD is a chronic and disabling disorder that affects around 1% of US adults. BrainsWay’s Deep TMS OCD treatment received de novo clearance from the US Food and Drug Administration (FDA) in August 2018 and is the only TMS platform that is FDA-cleared to treat OCD.

“We need new treatment options for OCD because current psychological therapies and medications often yield unsatisfactory results,” said David Feifel, professor Emeritus of Psychiatry at the University of California (San Diego, USA) director of Kadima Neuropsychiatry Institute and an investigator in the study. “The results of this clinical study demonstrate that deep TMS performed daily for six weeks can significantly improve OCD symptoms and is safe and well-tolerated. It is particularly impressive that the improvement in symptoms was comparable to the average improvement we often see with a standard course of medications alone for 12 weeks, but was produced in half the time, and with fewer side effects. Importantly, these improvements lasted for at least a month after the treatment was stopped. Patients in the study all had moderate to severe OCD symptoms despite taking medications for OCD. These results suggest that this innovative, non-invasive and personalised adjunct approach can provide a measurable benefit to those OCD patients who continue to struggle with debilitating symptoms despite receiving the best available drug treatments.”

The data published in the American Journal of Psychiatry are from a double-blind, placebo-controlled, multicentre, FDA-regulated clinical trial that compared the effects of high-frequency (20Hz) dTMS to that of sham treatment (placebo) administered daily for six weeks on patients with OCD symptoms as assessed using the Yale-Brown-Obsessive-Compulsive-Scale (Y-BOCS).

The trial was conducted at 11 clinical centres, among OCD patients who had inadequate responses to pharmacological therapy with serotonin reuptake inhibitors (SRIs) or who failed or had inadequate responses to cognitive behavioural therapy (CBT). Deep TMS treatment was given as an adjunct therapy in addition to the patients’ current method of treatment whether pharmacological or CBT. Prior to each treatment session, patients underwent a three to five minute individualised symptom provocation in order to activate their OCD circuitry. A total of 94 patients who received at least one active/placebo treatment and met the study eligibility criteria were included in the FDA-approved main analysis set. Key findings from the study include:

“The mechanism of action of this treatment is quite different from that of current medications,” said Abraham Zangen, a scientific founder and a neurobiological consultant for BrainsWay. “The brain region targeted in this pivotal trial with the deep TMS H7 coil is the anterior cingulate cortex, a region known for decades to be centrally implicated in the pathophysiology of OCD. Modulation of the relevant neural networks by deep TMS following an individualised psychological provocation procedure, which is part of the treatment protocol, allows a gradual and stable neuroplastic change—resulting in an effective treatment for millions of OCD patients who do not sufficiently respond to medications or psychotherapies.”

The authors of the paper also refer to a recent meta-analysis of 17 studies demonstrating that SRIs were superior to placebo for OCD with an average 3.2 points weighted mean difference on the YBOCS after 10–13 weeks of treatment. This dTMS study recruited patients who were moderately to severely symptomatic (mean YBOC=28) despite being treated with medications, and in many cases, also psychotherapy. They improved within six weeks of treatment using Deep TMS as an adjunct therapy, and their improvement continued even after they completed their six weeks of treatment.

“The positive results seen in this population of patients, who have not sufficiently benefited from SRIs or CBT, further validate Deep TMS as a uniquely effective treatment option,” said Yaacov Michlin, CEO of BrainsWay. “The study authors suggest that dTMS should be considered at the early stages of treatment if patients fail to have an adequate response to appropriate psychological or pharmacological therapy. We believe this data and the authors’ conclusions add to the growing body of evidence supporting the use of dTMS as a standard adjunct component of OCD therapy.” 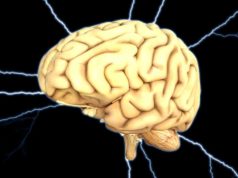