Nogueira began his presentation by noting that, in spite of the “overwhelming” proof of its benefit in treating anterior circulation large vessel occlusion (LVO) strokes, it remains unknown whether EVT offers the same advantages in acute BAOs—despite “Herculean” efforts seen in the BEST and BASICS trials. He also noted positive signals seen with EVT in these studies, and said they “paved the way” for the ATTENTION study by demonstrating the importance of consecutive recruitment, fast enrolment and minimal crossover, as well as confirming the ideal target population.

After discussing two large Chinese registries, BASILAR and ATTENTION, which have shown “very significant benefits” with EVT despite an increased rate of symptomatic intracranial haemorrhage (ICH), Nogueira moved on to the ATTENTION study itself. Its objective, he said, was to evaluate whether EVT with BMM is superior to BMM alone in achieving favourable outcomes (modified Rankin Scale [mRS] 0–3) at 90 days in acute ischaemic BAO stroke patients presenting 12 hours or less from the estimated time of BAO. The prospective, open, blinded-endpoint RCT took place across 36 comprehensive stroke centres in China, with follow-up at 24–72 hours, 5–7 days/discharge, and 90 days.

In addition to the primary endpoint of a favourable outcome at 90 days, secondary endpoints included overall degree of functional disability (ordinal mRS shift), rates of excellent outcomes (mRS 0–2), and scores on the European Quality of Life 5-Dimension 5-Level scale (EQ-5D-5L) at 90 days, as well as National Institutes of Health Stroke Scale (NIHSS) scores at the earlier follow-up timepoints, while 90-day mortality, symptomatic ICH rates at 24 hours, and procedure-related complications, were the safety endpoints.

From February 2021 to January 2022, ATTENTION enrolled and randomised 342 patients. Two of these withdrew, leading to 226 patients being included in the EVT plus BMM analysis (median age=67 years, 65.9% male) and 114 being included in the analysis of BMM alone (median age=68 years, 71.9% male). Nogueira noted that roughly one third of the patients in both groups received intravenous thrombolysis and the median time from stroke onset to randomisation was about five hours. There were no significant differences in terms of comorbidities or stroke aetiology, he added.

Regarding the trial’s results, Nogueira reported a successful recanalisation rate (final modified treatment in cerebral infarction [mTICI] 2b–3) with EVT of 93.3%. He then delivered the crux of his presentation—a 90-day rate of mRS 0–3 averaging 22.8% in the BMM group, compared to 46% in the EVT group. “This resulted in an adjusted risk ratio of 2.1, yielding a p-value of less than 0.001,” Nogueira stated, drawing a round of applause from the ESOC audience. “Ladies and gentlemen, I think we can finally say we have conquered the basilar artery territory—it was about time!” he added.

Nogueira also noted that the number needed to treat in the study was just four, and EVT showed a statistically significant benefit across the board with regard to ATTENTION’s secondary efficacy endpoints too. “Specifically, there was a lower rate of overall disability (common odds ratio of 2.8; 95% confidence interval [CI], 1.8–4.4) favouring the intervention, and [independent] functional outcomes were higher at 33.2% with EVT versus 10.5% with BMM (adjusted risk ratio of 3.2; 95% CI, 1.8–5.4),” he reported.

“Moving on to imaging outcomes, patients were 2.5 times more likely to have a patent vessel following EVT compared to controls—and this was statistically significant,” Nogueira continued. “There was a trend towards more asymptomatic ICHs in the EVT group, and statistically significantly more ICHs that were symptomatic, at 5.3% versus 0% [with BMM]. But, despite that, 90-day mortality was significantly lower with EVT than in controls, at 36.7% versus 55.3%.”

While he acknowledged that the solely Asian patient population seen in the trial may limit generalisability of these findings in Western countries, Nogueira claimed that the benefit of reducing disability with EVT in BAO stroke “appears to be within the same range as that observed in the anterior circulation”. He added that, in contrast to most trials of EVT in the anterior circulation, however, ATTENTION also demonstrated a potential benefit in terms of mortality. “We can finally say that the overwhelming efficacy of EVT persists in the posterior circulation,” Nogueira concluded.

Further evidence indicating the benefits of EVT in BAO stroke was presented at ESOC 2022, with Tudor Jovin (Cooper University Health Care, Camden, USA) delivering late-breaking results from the Chinese BAOCHE trial on the final day of the conference. Jovin said that, having demonstrated improved mRS 0–3 rates at 90 days and a trend towards lower mortality rates with EVT versus BMM, the latest BAOCHE data are aligned with the ATTENTION study’s findings, and support the concept that EVT in late-presenting BAO stroke patients has similar efficacy compared to EVT in early-presenting BAO stroke patients, or patients with a stroke caused by proximal LVO in the anterior circulation. 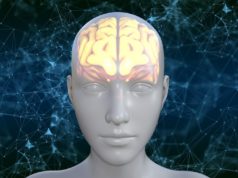